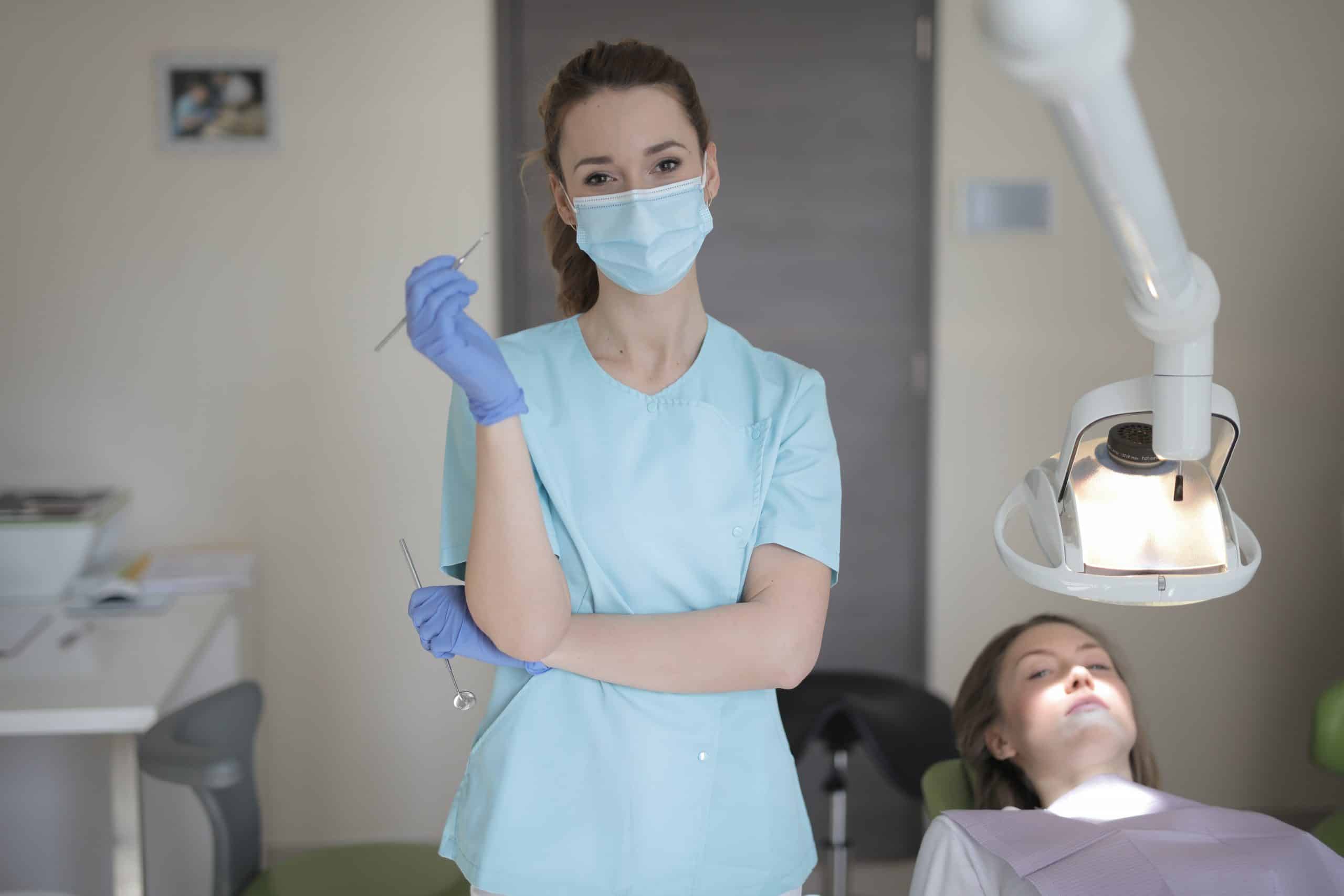 Contagions and Mental Hygiene. As concerned as you are with your patients’ dental hygiene, I am equally passionate about dentists’ mental hygiene.

I’m sure at the beginning of this year you may have set some goals or you may be resolving to do better in a certain area.  I was thinking about new year’s resolutions when a client of mine sent me a screenshot of an ad he wrote to hire a new assistant. He sent me the ad in the celebration that he’d finally expanded his need to bring on additional team members. What stood out to me was a phrase he used in the post. He was listing requisites for the desired candidate. One of the things he listed was that the applicants be “POSITIVELY CONTAGIOUS.” I loved that!

As soon as I read it, a couple of friends of mine immediately came to mind as people who I’d describe as “positively contagious.” So I’ve been thinking about that term from some different angles. Considering what I could share that would be the most beneficial to you. I decided to write about why we repeatedly think some things, even when they don’t feel good or seem to benefit us. I want to touch a little on how to adjust perspective so that you’re operating from a better-fueled place.

Mental Hygiene and the Common Cold

When I think of contagions, one of the first things that comes to mind is the common cold. And I think negativity, gossip, problem-finding, nit-picking, and even sometimes perfectionism are kind of like the common colds of thinking. They’re at minimum a noticeable addition to the other things you’re already trying to think through and work on. They can sometimes be incredibly disruptive to your efforts.

So let’s talk about physical colds and see how this metaphor relates. When you notice someone near you appears to have a cold, what do you do? Do you try to avoid close contact? Do you take extra care and sanitize? A cold is usually not too long-term or serious, but it’s still not preferred to catch one. Your energy may be decreased, you might fall behind on some things. Plus, other people could catch your cold if you get one. And, most of us, given the option, would choose not to have a cold over the option of having one.

Now let’s consider attitudes. Including things people say, things they do, things they don’t do, and the energy they bring into situations. I want you to pretend that attitudes are contagious.

Attitudes can be contagious

I want you to consider your own attitude. Are you bringing more of a common cold to the group, or are you the poster child for positive energy? If someone else was saying the things you are saying, and doing the thing you are doing, do you think you’d be attracted to being around them more, or would they repel you? Would you feel the need to re-energize after that person left?  Would you need to dust off or metaphorically sanitize that person’s energy off of you?

And the person that you are MOST LIKELY to catch an attitude from is…drumroll…you!!  You see, our brains were designed to be efficient. And part of the way it seeks to be efficient is to do things that have previously proven to be successful, to work, and to be safe. When you’ve thought the same thoughts a number of times, it creates patterning in your brain.

For example, if you got into a car accident at 96th and Shea Boulevard, and you’ve thought about the accident since, replayed what you could have done differently, remembered what the impact was like, chances are that when you pass 96th and Shea you’re reminded of the accident and you may feel some anxiety as you pass through the intersection.  Even though you’re safe, even though you’re not colliding with another vehicle, even though that thing that happened has been over for a long time.

Why is that? Because your brain has thought and replayed the thoughts about the accident. It’s been programmed into your mind that 96th and Shea is a place that accidents happen. And it’s funny because when something happens that we don’t like, somehow that particular intersection now seems higher risk than other intersections we drive through, And maybe compared to a desolate four-way stop out in the country it is higher risk, but that’s really not the point, is it? The point is that the longer we think the same thoughts about something or someone the stronger the patterning in the brain becomes about that thing and the more likely your mind is to default to that way of thinking the next time that subject, that person, or that intersection pops up.

So when you consider the type of energy you want to put out into the world and you consider the fact that no matter who else you are or are not around, you’re always around yourself.  I want you to realize and remember that you will always be the most direct recipient of your attitude. You will always reap the benefits or consequences of how you respond and react.  It starts with how you’re thinking about things.

What Metaphorical Contagions are you Carrying?

I have a friend who takes herself to lunch once a month. She picks a place that she enjoys eating at, brings a book, and reserves a table for one. Now, this is a social, happy, successful woman who has a family, friends, and relatives nearby. A lot of options when she wants to eat with someone. And for the longest time, I observed this behavior of hers before talking to her about it. One day I asked her about this monthly date with herself and she lovingly replied, “Chelsea, I take myself to lunch, because I enjoy my own company!” She told me that she takes her time, away from other demands and duties, she reads, she thinks, and she rejuvenates.

I see a lot of people who seek frequent distractions from their own thoughts and emotions through electronics and social media, movies, and music.  They stay constantly on the go. I’m not saying any of those activities are bad, but if they’re being utilized to dull an inner restlessness or fill a void, I’d encourage you to notice that and get curious about it.

The people around you notice you. They notice your good days, they notice your better days. It’s possible that you’re impacting the energy of your office, your home, or your group.

But more than other people noticing, more than impacting your family and team, your attitudes are contagious to you. So I’m encouraging you to purposely “catch” a good attitude! Ask yourself, “If I had a positive outlook on this, what would that sound like?” “If I was determined to get through this smiling, what would I be thinking right now?” Start thinking, and talking, and acting in the ways that feel best to you – I promise you, if you create habits out of handling things in positive ways, you’ll create new “defaults” for your brain to defer to. And you’ll feel amazing!

I’M READY TO BALANCE MY LIFE! 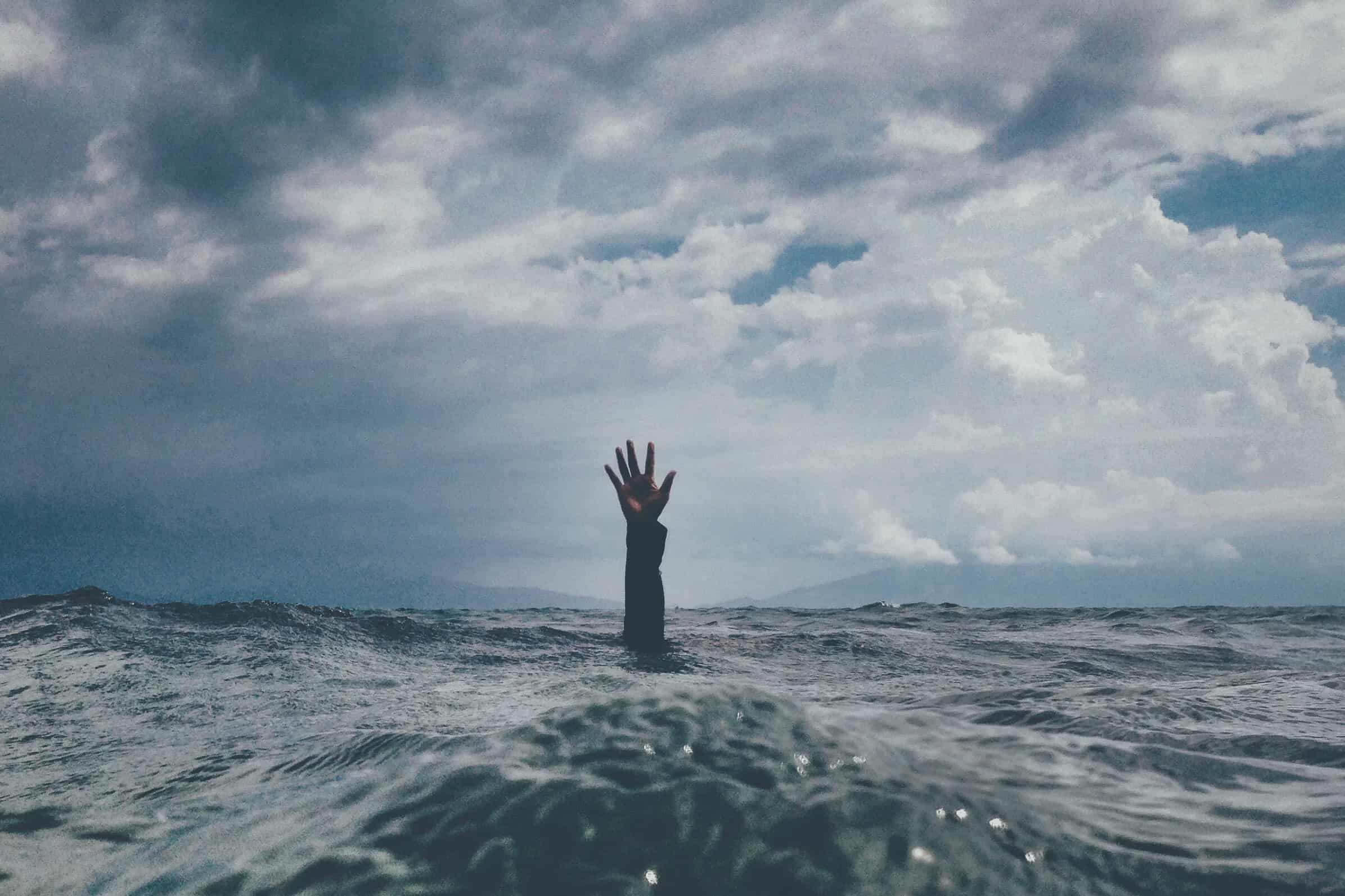 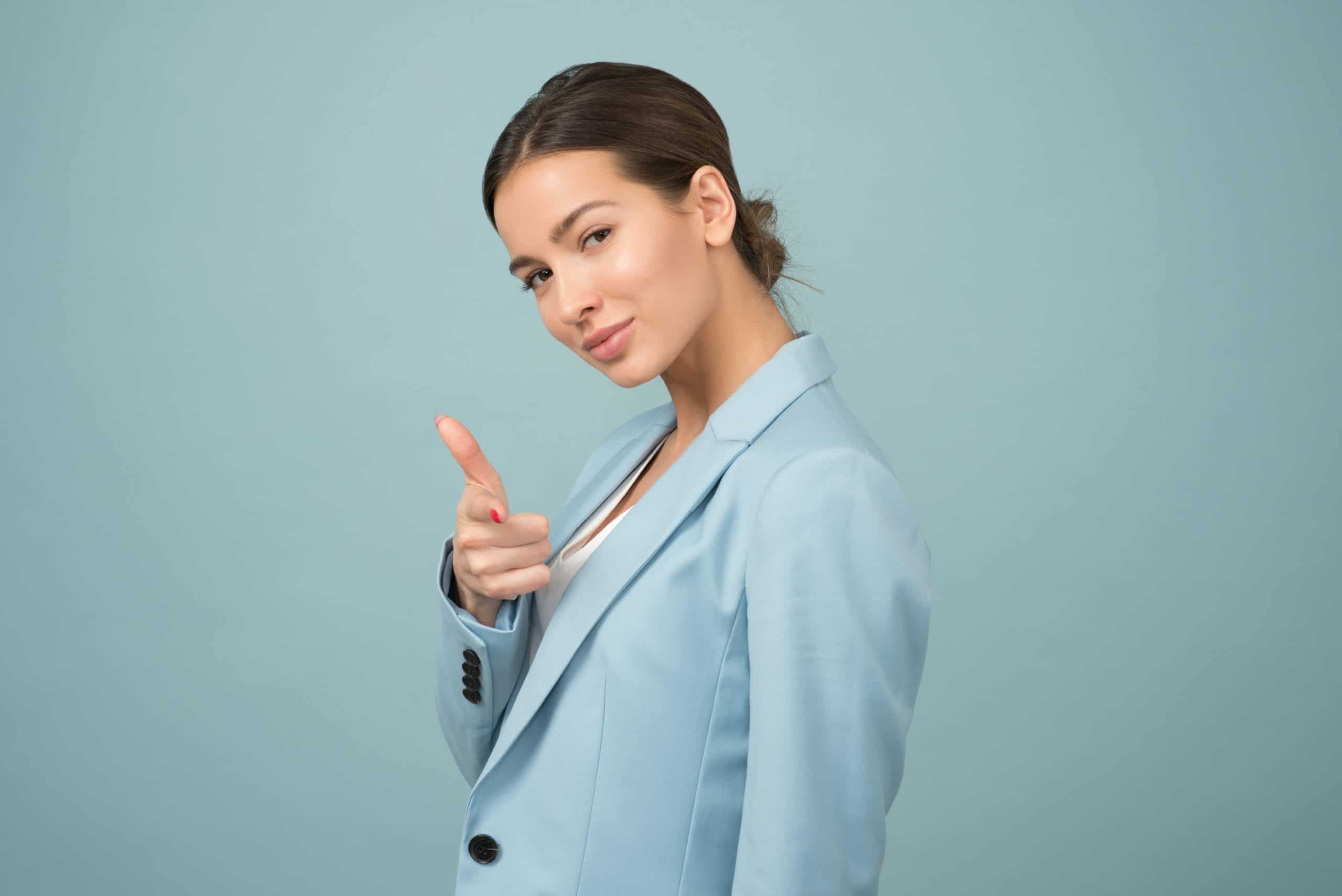 People Are Wrong about you 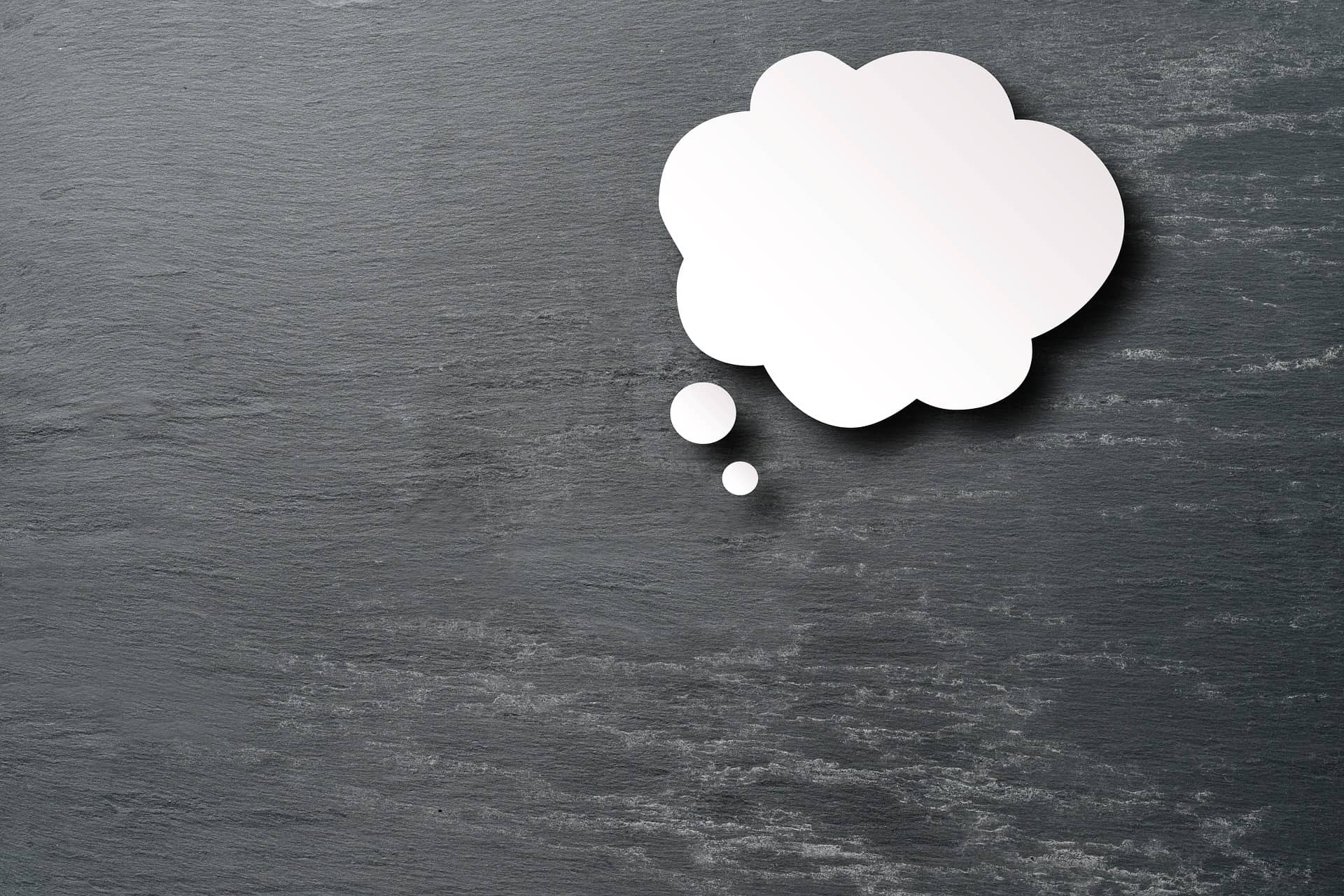